All I really need is love, but a little chocolate now and then doesn't hurt!
Lucy Van Pelt (in Peanuts, by Charles M. Schulz)
I am a member of a blog group baking one recipe at a time from "" Chocolate Epiphany"
by Chef François Payard 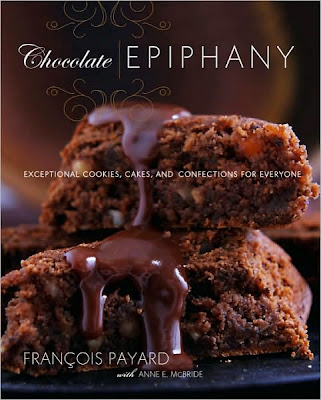 This month's creation, his chocolate blini.

What is the definition of a blini, and what origin are they?

Blini are small, yeast-leavened, buckwheat pancakes that originally come from Russia. Classically they are served with sour cream and caviar or smoked salmon.

However, these blini are not those blini :) The intro from his book....

"These blinis are not like normal pancakes. They are incredibly light and fluffy.....You can serve them for brunch or even as a dessert, varying the toppings. Your favorite ice cream, whipped cream, creme fraiche, dried fruits, or nuts. ""

Melt chocolate and butter together on top of double boiler, stirring occasionally until smooth. Remove from heat and cool slightly.

In separate bowl, beat whole eggs with egg yolks and sugar until thick, pale and doubled in volume. About 5 minutes with electric mixer. Stir in melted chocolate, fold in flours.

Add about 2 Tablespoons batter to pan for each blini, without crowding, and cook about 3-4 minutes.( Keep heat low, they blackened easily.) until bubbles start to appear on surface. Flip. Cook another minute on this side. 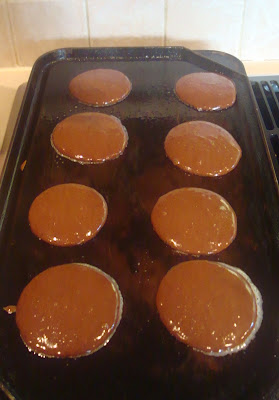 Brush blini with melted butter and sprinkle with a bit of Fleur de Sel. Arrange 2 or 3 blini per plate. And /or favorite extra toppings. 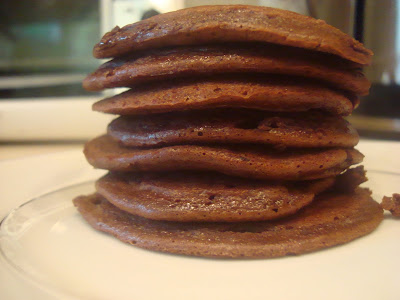 I initially intended on eating these for breakfast, not reading the intro to the recipe before i made them The are very rich. They are truly a dessert blini. Fresh whipped cream , raspberries coulis, maybe banana, and some crunchy nuts. 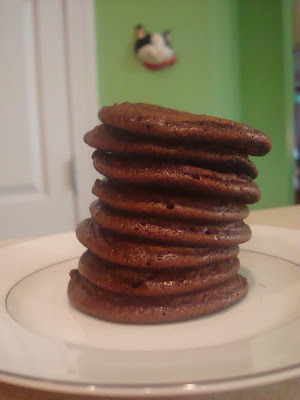 I did eat a few after my breakfast with no toppings. ( none of which, I had ready for pictures) :( They were soft, moist, very chocolaty pancakes.

at 11:20 AM
Email ThisBlogThis!Share to TwitterShare to FacebookShare to Pinterest