"I knew it was the last seven limoncellos that was going to get me"
Danny DeVito
Limoncello gained a measure of notoriety in America on 29 November, 2006, when actor Danny DeVito appeared on the television show The View apparently still drunk from consuming limoncello the night before with his friend George Clooney. 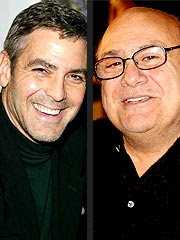 The liquor was born at the beginning of 1900, in a small boarding house of the island Azzurra, where the lady Maria Antonia Farace took care of a rigorous garden of lemons and oranges. The nephew, during the post-war period, opened a bar near Alex Munte’s villa. The speciality of that bar was the lemon liquor made with nonna’s old recipe. In 1988, the son Massimo Canale started a small handmade production of limoncello, registering the trademark. But really, Sorrento and Amalfi have some legends and stories on the production of the traditional yellow liquor. On the coastal, for example, the story narrates that the big families of Sorrento, at the beginning of 1900, would always ensure that their illustrious guests would get a taste of limoncello, made according to the traditional recipe. In Amalfi, there’s even who believes that the liquor has older origins, almost linked to the lemon cultivation. However, as it frequently happens in these circumstances, the truth is vague and the hypothesis are many and interesting. Someone believes that limoncello was used in the morning by fishermen and countrymen to fight the cold, since the invasion periods. Others, instead, believe that the recipe was born inside a monastic convent to delight the monks from prayer to prayer. Maybe, we’ll never know the truth, except for the fact that the traditional yellow liquor has crossed the borders from decades, conquering the markets of half world. Bottles of limoncello are present on the shelves of overseas’ markets, and new important commercial sceneries are developing on the Asian markets.

The cream of limoncello, is a tasty and delicate preparation that includes cream and milk is usually served ice cold after meals, "digestivo", but it's good to be enjoyed at any time of day.

Wash the lemons (Organic is best ) in lukewarm water and gently scrub to clean any residue. Zest all lemons. Avoid white pith. In a glass container (jar or pitcher) pour alcohol, then add the zest and put them to soak it all for 2 weeks or longer, closing the container tightly and storing it in a cool, dark place. I use a very large mason jar.

Once cooled, remove the vanilla pod. I opted to add the vanilla after boiling because when you remove skin with the bean already in, many vanilla seeds remove with it...what a waste!) 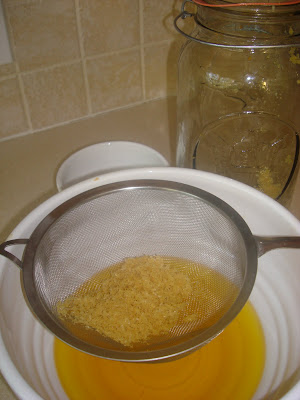 Filter the mixture of alcohol zest with strainer and cheese cloth. Add the sweetened milk and cream, mix well. Pour in bottles. Put in the freezer, for 15 days and then serve. 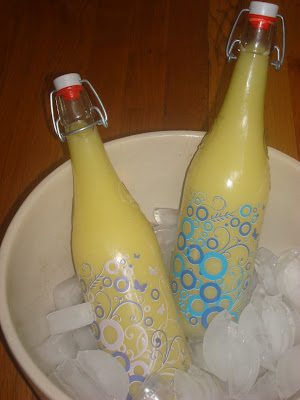 Limoncello cream varies from recipe to recipe. Some use milk, half and half, skim milk, and varying levels of sugar and vanilla. I translated mine from an Italian website so, lets hope i am as original as can be. 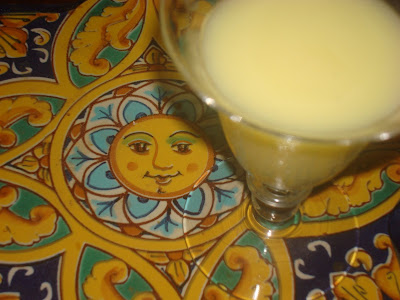 I will be posting an Italian cake that uses this cream in the recipe, in the near future:) My inspiration for this post!

at 7:06 AM
Email ThisBlogThis!Share to TwitterShare to FacebookShare to Pinterest