Whoopie Pies- the next Macaron?

“I don't have pet peeves, I have whole kennels of irritation”
Whoopi Goldberg
Whoopie pies are very versatile, and the combinations of cake and cream can be married into many flavor combinations. You see why I say the "next macaron"? I would love to host a contest and a giveaway. A whoopie pie challenge. Show me your creativity! I want to start a trend. Get people posting about whoopie! Now for some history....

Whoopie pies are considered a New England phenomenon and a Pennsylvania Amish tradition. They're one of Maine's best known and most loved comfort foods. Mainers will even claim that they were weaned on whoopie pies. In Maine, these treats are more like a cake than a pie or a cookie, as they are very generously sized (about hamburger size). they're so hug that you'll want to share one with a friend. A big glass of milk is almost mandatory when eating a whoopie pie.
A whoopie pie is like a sandwich, but made with two soft cookies with a fluffy white filling. Traditional whoopies pies are made with vegetable shortening, not butter. The original and most commonly made whoopie pie is chocolate. but cooks like to experiment, and today pumpkin whoopie pies are a favorite seasonal variation.

The recipe for whoopie pies has its origins with the Amish, and in Lancaster county, Pennsylvania, it is not uncommon to find roadside farm stands offering these desserts. Amish cooking is about old recipes that have fed families for generations, with no trendy or cross-cultural fusions or mixtures. These cake-like whoopie pies were considered a special treat because they were originally made from leftover batter. According to Amish legend, when children would find these treats in their lunch bags, they would shout "Whoopie!"

The question of how the Amish dessert got to be so popular in New England probably is addressed in a 1930s cookbook called Yummy Book by the Durkee Mower Company, the manufacturer of Marshmallow Fluff. In this New England cookbook, a recipe for Amish Whoopie Pie was featured using Marshmallow Fluff in the filling. 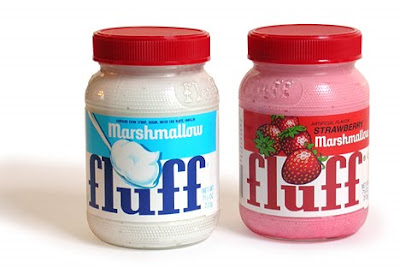 The origins of Marshmallow Fluff actually go back to 1917. Before WWI, a Sommerville MA man named Archibald Query had been making it in his kitchen and selling it door to door, but wartime shortages had forced him to close down. By the time the war was over, Mr Query had other work and was uninterested in restarting his business, but he was willing to sell the formula. Durkee and Mower pooled their saving and bought it for five hundred dollars. Having just returned from France, they punningly renamed their product "Toot Sweet Marshmallow Fluff" but "Toot Sweet" didn't stay on the label for long. The situation of "no customers, but plenty of prospects" didn't last long either.

An early receipt still in the company's scrap books records the sale in April, 1920 of three one gallon cans to a vacation lodge in New Hampshire. The price at the time was $1.00 a gallon! The door to door trade gained a reputation among local housewives that eventually placed Fluff onto local grocers shelves. Retail trade spread from there to the point where in 1927 they were advertising prominently in Boston newspapers.

Durkee-Mower became a pioneer in radio advertising when in 1930 they began to sponsor the weekly "Flufferettes" radio show on the Yankee radio network, which included twenty-one stations broadcasting to all of New England. The fifteen minute show, aired on Sunday evenings just before Jack Benny, included live music and comedy skits, and served as a steppingstone to national recognition for a number of talented performers. The show continued through the late forties.

Each episode ended with a narrator reporting that Boswell had disappeared to continue work on his mysterious book, which was assumed to be a historical text of monumental importance. On the last episode the Book-of-the-Moment was revealed. It was a collection of recipes for cakes, pies, candies, frostings and other confections that could be made with Marshmallow Fluff, appropriately entitled the Yummy Book. The book has been updated many times since then, and the most recent version is thirty-two pages long.

Whisk the egg with an electric hand whisk until light and fluffy. Continue to whisk adding the sugar a bit at a time until thick and glossy. Beat in the melted butter, sour cream, milk, and extracts. Sift the flour and baking soda together and then add this to the liquid mixture, beating it in until smooth. Fold in the almonds . You want a fairly thick batter, not too runny. Spoon into a piping bag with a wide piping nozzle fitted.

Pipe walnut sized balls onto the baking sheets, leaving about 2 1/2 inches between each. (Alternately you can spoon walnut sized blobs onto the sheets) This will take a few batches of baking so don't worry if they don't all fit on the trays at once.

Bake for 7 minutes (convection), until slightly browned, and don't "give" when lightly touched in center. Remove from the oven and allow to cool for a few minutes before removing to a wire rack to finish cooling. Repeat with remaining batter until it is gone. 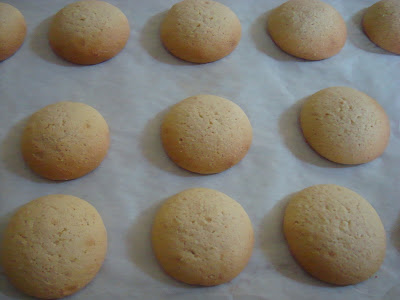 Directions
In the bowl of an electric mixer, combine egg whites and sugar. Set bowl over (but not touching) simmering water, and whisk until sugar has dissolved. Place bowl on mixer, and continue whisking using the whisk attachment until smooth and fluffy; fold in vanilla seeds to combine. Keep refrigerated . 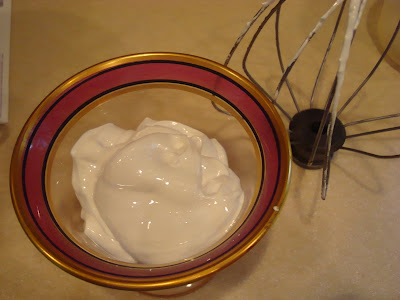 To assemble, pipe with marshmallow cream on one cookie 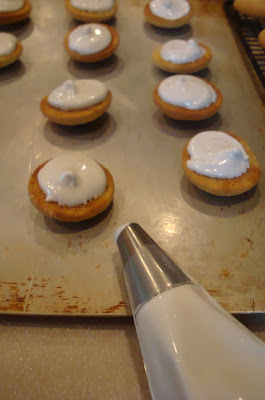 top with another to form a sandwich 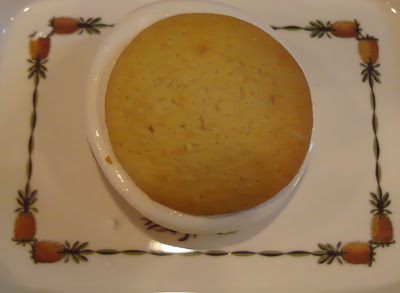 I decided to make mine a "Toasted Almond" cake. It is my favorite cocktail. ( recipe below) . The light cream filling makes it taste just like the drink! So many recipes to choose from :) 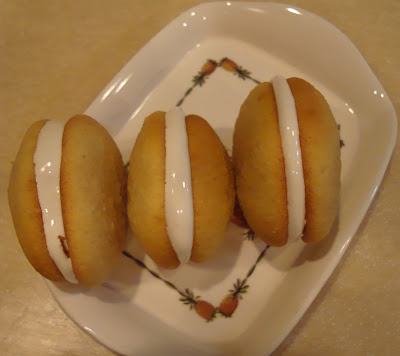 
Whoopie Pie Filling: ( TRADITIONAL)
For this recipe, you are basically making a homemade Marshmallow Fluff/Creme.

mixing the marshmallow fluffIn large bowl of an electric mixer, add egg whites, corn syrup, and salt. Using your electric mixer on high speed, mix for approximately 5 minutes or until the mixture is thick and volume has almost doubled.

Your homemade marshmallow fluff/cream is now ready to use on your Whoopie Pies or other recipes. Use immediately, or refrigerate in a covered container for up to 2 weeks.


I series about this contest...if more people read my blog.....any suggestions on how to get the word out?

at 9:04 AM
Email ThisBlogThis!Share to TwitterShare to FacebookShare to Pinterest