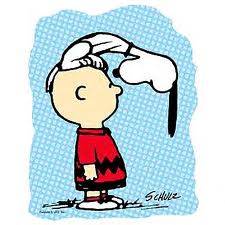 The peanut was first known to exist in South America, as far back as 950 B.C., most likely in Brazil. The Incas were known to have made peanuts into a paste during this time, as well as to have peanut crops. Peanuts were actually said to have been found in the tombs of mummies in Peru!

The peanut had to get to the United States somehow from Peru. So how did this happen? It is believed that the peanut made it to Africa from Peru by early explorers of South America. Then, the peanut was traded to Spain, and from Spain to the American colonies.
Once in America, peanuts were grown commercially in North Carolina as early as 1818 and in Virginia as early as the 1840's. In the 1890's, George Washington Carver,

George Washington Carver who worked at the Alabama Tuskegee Institute, started to use the peanut as a replacement crop for the whipped out cotton crops destroyed by weevils.

Dr. John Harvey Kellogg patented a "Process of Preparing Nut Meal" in 1895 and used peanuts. Kellogg served the patients at his Battle Creek Sanitarium peanut butter. Joseph Lambert worked for Dr. Kellogg and began selling his own hand-operated peanut butter grinder in 1896. Almeeta Lambert published the first nut cookbook, "The Complete Guide to Nut Cookery" in 1899.
By 1914, many companies were making peanut butter.
Joseph L. Rosenfield invented a churning process that made smooth peanut butter smooth. In 1928, Rosenfield licensed his invention to the Pond Company, the makers of Peter Pan peanut butter. In 1932, Rosenfield began making his own brand of peanut butter called Skippy which included a crunchy style peanut butter.

It is widely believed that Bamboo Harvester, the famous horse who played Mr. Ed on the classic 60′s sitcom of the same name, was prompted to move his lips for the “talking scenes” by the crew applying peanut butter to his gums. This in itself may be news to you, but get ready for a double whammy–it was revealed in a 2004 interview that this is a story cooked up by the show’s other star (this one human), Alan Young. Myth busted

Georgia is the #1 peanut producing state, but did you know that Texas is #2.

Nutter Butters are a Nabisco brand peanut-shaped sandwich cookie with a peanut butter filling, available at grocery stores throughout the United States. 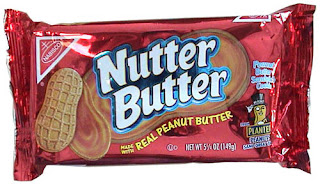 The product is an official cookie of NASCAR. ...http://www.nascar.com/

( I did not know this -__-) !! . I am really not a fan, and I do live in the South. I could be asked to leave at any time ^^However, I do have respect for the drivers. NASCAR is the biggest sport in the USA. 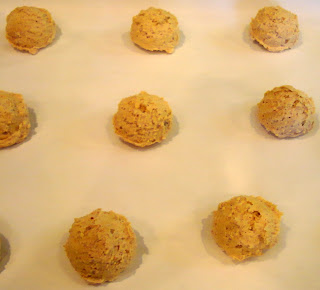 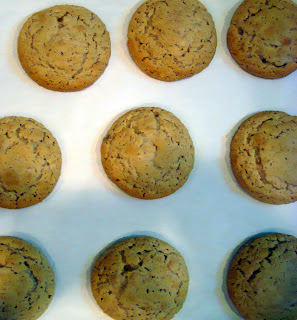 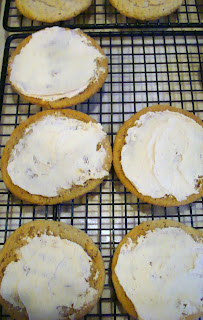 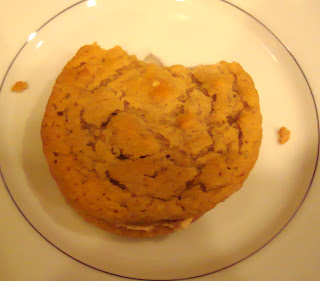 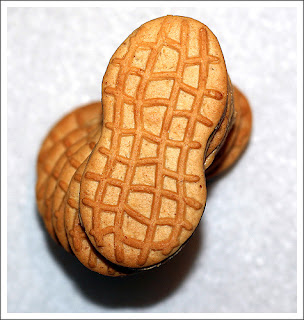 I really wish they looked like this>>>
The dough when mixed is very soft. I do not think it lends itself to shaping, only scooping. I think I under baked mine, and they had a soft chewy texture vs. the crisper one of the real thing. Of course, this could be due to the fact mine are also fresher. They taste (almost) similar to the real thing . Maybe next time I will bake them longer for an extra snap to the cookie.

at 10:13 AM
Email ThisBlogThis!Share to TwitterShare to FacebookShare to Pinterest