Malva Pudding is a classic South African dessert that originally comes from the Dutch. It is a sweet pudding, which is usually served hot with sauce, custard or ice-cream . Almost every restaurant in Cape Town has Malva Pudding on its dessert menu.
There are many variants of Malva pudding like the Cape Brandy Pudding which also include brandy and dates and the Tipsy Tart which contains only brandy.

Malva Pudding is made with apricot jam and has a spongy caramelized texture. The name “Malva” comes from Malvacea wine from Madeira. The dessert and desert wine used to be served together after main course at Cape tables. http://www.chirundu.com\ 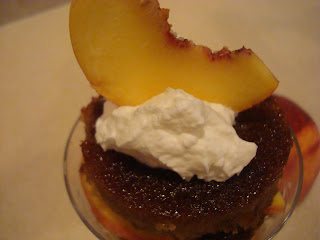 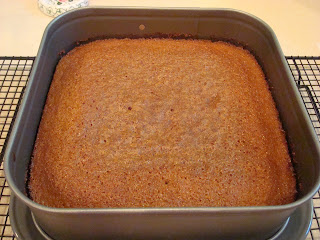 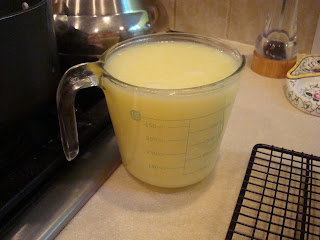 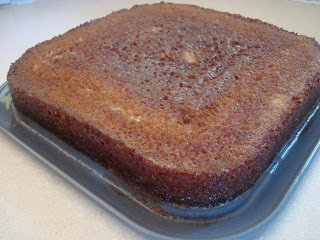 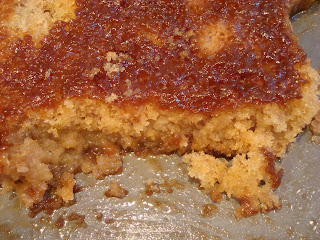 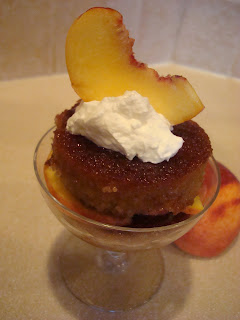 Assembled
WOW.. it really is a cake that turns into a pudding. It is very sweet, and rich, thick and goooey . It does have a nice caramel flavor to it.
Changes/Notes:
I would decreases the amount of butter/sugar and cream in the sauce. I think one cup would be enough. However, then it might not make it a full pudding cake.
I baked mine in a nine inch pan, thus leading to the problem above. BUT, I still feel too much sauce.
Browning the butter in the sauce would give it a nice nutty addition of flavor. ( MAYBE)?
Some recipes i have read add vanilla or brandy to the sauce. I am sure you could add a spice or 2 if you wanted .
I like the serving with fruit,  it cuts the sweetness down. I did not sweeten the whipped cream. I like the tang against the sweet pudding.
Nuts sprinkled for added texture? hmmm.....
I bet this would nice with peaches, apricots, or plums,  apples, layered on the bottom, then baked. Then the small sprinkle of sauce, and flipped. I could eat this plain.
Some recipes call for it to be eaten with ice cream, but i do not know if i could!
Obviously my changes would not make it a traditional MALVA pudding...but these are just ideas to think about. Most recipes are the same with minor changes. Google it....

at 7:51 PM
Email ThisBlogThis!Share to TwitterShare to FacebookShare to Pinterest