Sri Lanka long has been described as a paradise by travellers.
John Richardson 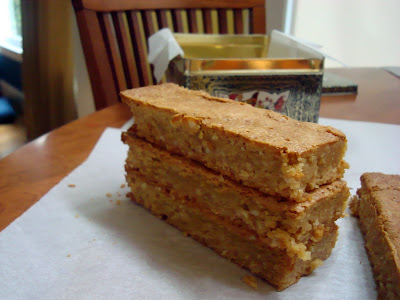 I found this cake by accident. This recipe was printed in the Seattle-Times , as a "eurofushion" . I would say" Persian" for lack of a better term. I was intrigued by the combination of ingredients, and and how they would all blend. Cardamon, rose water, vanilla, almond, cinnamon, nutmeg, and raw cashews. (I had just purchase 3 # of them at the Depot). Now I could put them to work. The cake is an unusual blend of pungent spices , flavorings, and preparation. Moist and deadly fragrant. It is sensational.

The recipe comes from Sri Lanka, where the cake is known by the English name. It's an intriguing moniker that nobody can explain, as the cake is adapted from Portuguese cuisine, probably from the 16th century, when Portugal dominated the spice trade and controlled a portion of the island once known as Ceylon.

It is possible that a Portuguese recipe was minimally adapted in Sri Lanka or used as a point of departure. The recipe's cashews and cardamom grow on the island and are used by the native Sinhalese in savory and sweet dishes. The rose water and penchant for fragrance are definitely a Muslim aesthetic and may trace to Ceylon Muslims or to the Moorish influence in Spain and Portugal in the Middle Ages.

During Sri Lanka's 2,500-year history, many groups from other countries settled on the island as a result of trade or conquest - Arabians, Tamils (from south India), Malays, Javanese, Portuguese, Dutch, French and English. Foods and influences from most of these cultures are displayed in the country's extensive culinary repertoire. To browse through a collection of all the traditional dishes cooked on the island - such as the "Ceylon Daily News Cookery Book," produced by a newspaper publisher - is to take a global journey gastronomically.

Recent decades of internecine warfare have marred the island nation and sundered its rich mosaic of cultures. But Ceylon was still in its heyday when the recipe for Love Cake was perfected in mid-20th-century. In Colombo, the capital on the western shore, the setting sun would gild the neoclassical architecture of the House of Parliament, bright bougainvilleas covered the porches of houses, and fountains played into the night. 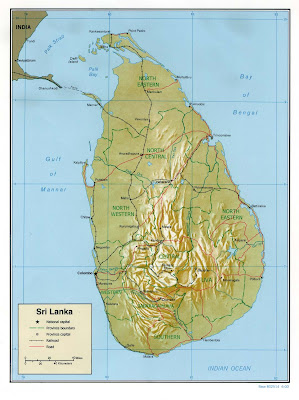 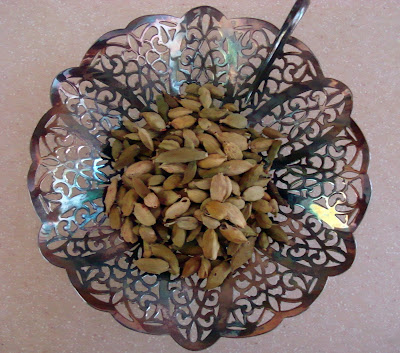 1. Warm semolina in a dry pan over medium heat until fairly hot to the touch, being careful not to let it brown.

2. Put in a bowl and stir to cool. While still a little warm, mix in softened butter using a wooden spoon. Add lemon rind, spices and salt. Mix well, cover and set aside two to four hours. 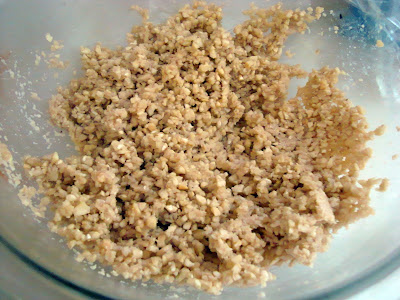 5. In a large bowl, beat yolks and sugar until they have doubled in bulk and become thick, creamy and very light in color.

6. Beat in the semolina-butter mixture, a little at a time. Add the honey and beat. When well beaten, fold in cashew mixture.

7. Beat egg whites with lemon juice until they hold firm peaks. Fold into the cake mixture.

8. Spoon the mix into the prepared pan and bake in a preheated 300-degree oven for 25 minutes. Lower the heat to 250 degrees and bake for another 30 minutes, until the cake is evenly golden-brown and the top feels firm to the touch. If the cake begins to brown too much any time during baking, cover with paper or foil.

9. When the cake pulls away from the sides of the pan but is still slightly moist in center (test with a skewer), remove from oven. (If cake is very moist in the center, switch off oven, cover cake with paper or foil and leave inside for another 10-15 minutes.)

11. Do not remove cake from pan. Let cool completely. While still in pan, cut into small squares.

Love Cake was a festive cake, usually made at Christmas and New Year's, weddings and birthdays. If served as dessert after dinner, it might have been accompanied by port, the best of which comes from northern Portugal. Remaining Love Cake would probably have been served with afternoon tea, a tradition observed since British colonial times. The tea, of course, would be the famous Ceylon tea, taken mixed with milk and sugar in the English style.

Love Cake goes equally well with coffee or Turkish coffee, the spiced Indian tea chai now popular in the Pacific Northwest, or with green tea. Try these beverages without any sweetening, alternating sips with bites of cake; the two will heighten each other's flavor. 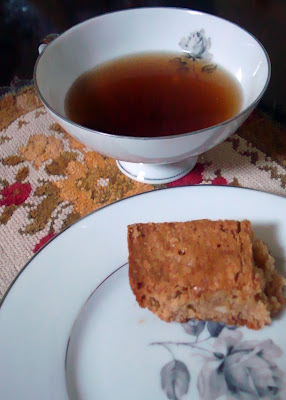 Like the beverages, the cake reflects global influences, and at year's end, as we look back and ahead, it appropriately reminds us of the romance of times past. 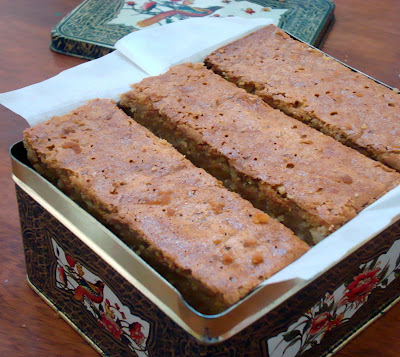 Love Cake keeps well for 2-3 weeks in a tightly covered tin, stored in a cool place but not refrigerated. The cake tastes best after two days.

at 12:20 PM
Email ThisBlogThis!Share to TwitterShare to FacebookShare to Pinterest