Kangaroo, Kangaroo! Thou Spirit of Australia, That redeems from utter failure, From perfect desolation, And warrants the creation Of this fifth part of the Earth.
-Field, Barron
First Fruits of Australian Poetry,'The Kangaroo'.
Inspiration hit me hard today, plus a cold and rainy day did not hurt. I have been following a blog called ""Delicious, Delicious, Delicious"". Mr. P the author has decided to host a Lamington contest, or a re-invention. Be creative, make your own! AND maybe a prize ! \ 0 /

What is a Lamington? ( I know! I did not know either..us shabby Americans :))

Lamingtons are very popular in Australia and consist of a small square of white cake (sponge, butter, or pound) that is dipped in a sweet chocolate icing and then rolled in desiccated coconut. I suspect Lord Lamington (Governor of Queensland from 1896 - 190l), their namesake, might be surprised at how popular these cakes have become. I am told that Lamingtons are sold in most Australian bakeries and sell very quickly at bake sales. So quickly, in fact, that charities have what are called 'Lamington Drives' .


In making my lamingtons i did not have a traditional cake pan, and no potato starch, so i used some basic recipes. I did trim the cakes into squares. I am SURE WAY bigger than your traditional lamington size.


The inspiration for my ""chick o' stick"" lamington.... A chick o stick is a mix of the inside of a butterfinger bar( -chocolate exterior) and rolled in toasted coconut. Peanut butter and toasted coconut is ta delicious combination.

Here is the full recipe to make Butterfingers...... 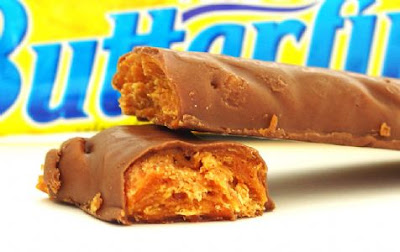 Butterfingers are a simple candy to make, but the Weather Gods must be in your favor providing a day with low humidity (under 60%). This recipe makes a candy that is a dead-ringer for the original Nestle’s creation…but without their chemicals and additives that allow them to exist on the shelf for years….

First begin by greasing a 12-by-17-inch jelly roll pan (with 1-inch sides) with safflower, vegetable or canola oil. Place the pan into a slightly warm oven to warm the pan while making the candy. (Don’t allow the pan to become hot, only barely warm to give you more time to spread and score the candy later.)

In a heavy 2-quart saucepan, combine the corn syrup and water, stirring well to combine. Place over medium-low heat and add the sugar. Cook the mixture, stirring constantly, until it is clear and then stirring often until it reaches a full boil. Clip on your calibrated candy thermometer, raise the heat to medium-high and continue to cook – without stirring – until the mixture reaches 310 degrees (F). During this cooking period, should sugar crystals form above the boiling line, carefully wipe away using a damp pastry brush, but be careful not to touch the boiling mixture. Rinse the pastry brush well – and make certain to blot-dry the brush well – between each swipe.

Remove your pan from the warming oven and place on your work surface.

Remove the candy from heat and add the peanut butter, stirring to blend completely using a clean wooden spoon. Working quickly, pour the mixture onto your well-greased jelly roll pan, and spread as evenly as possible. Score the mass with an oiled, heavy chef’s knife into 1-inch by 2-inch pieces, cutting at least half way through the candy. (The more quickly you do this, the easier and deeper your scoring will be.) It is helpful to spray the knife with cooking oil occasionally to aide the knife in scoring.

Allow the scored mixture to cool at room temperature about 2 hours. When cool and hard, complete cutting the scored pieces using a sharp, heavy knife (I like to use my Chinese cleaver here) and break into individual pieces.

Place the cut candies into the refrigerator while you temper your dipping chocolate and allow to chill for 15 to 30 minutes. Remove the candies from the fridge and dip each piece into the chocolate, then place on parchment paper to allow the chocolate to harden completely (About 3 hours).

Note: You can add a certain flair to the candy by taking a clean dinner fork and touching the tops of each freshly dipped piece raising lines of “peaks” (akin to meringue peaks). Just use the back of the fork laid parallel to the chocolate cops, touch, lift and slightly pull to one side. Looks pretty snazzy….

Store on waxed-paper sheets in an airtight container for up to two weeks. ( found this recipe on a candy blog-however, i do not remember who :( )


For my Lamington topping

Make butterfingers. Do not coat in chocolate or worry about being nice and flat. Grind in food processor until crumbled.
Toasted coconut.
MIX! ....easy! 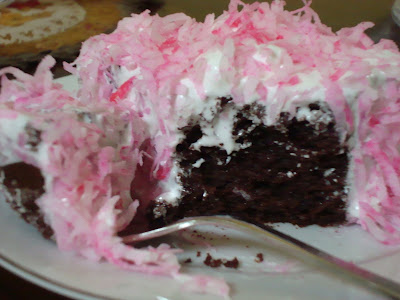 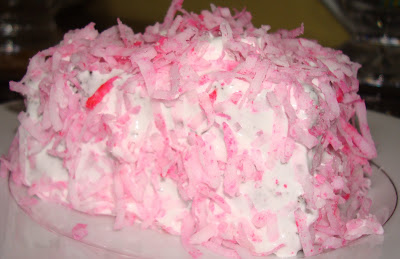 
I did not use Mr P's base.. I used a traditional pound cake for vanilla and lemon bases. 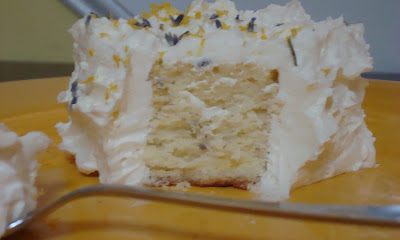 Arrange a rack in the middle of the oven and heat to 375 degrees F.

Coat a 10-inch aluminum tube pan or 2 (9 by 5-inch) loaf pans with 1 tablespoon of butter and dust with 2 tablespoons of the flour.

With the mixer on the lowest speed add the flour in 3 installments, alternating with the buttermilk, beginning and ending with the flour, making sure each portion is fully incorporated before adding the next. After the final addition, beat the batter for 30 seconds on medium speed until almost smooth.

Scoop the batter into the prepared pan(s), dividing evenly if using 2 pans. Bake for 1 hour in a tube pan or 40 minutes in loaf pans, until the internal temperature reaches 210 degrees F on an instant-read thermometer. The crust will be golden brown and spring back when pressed, but the crack around the center will appear moist.

Buttermilk poundcake recipe with changes below.. 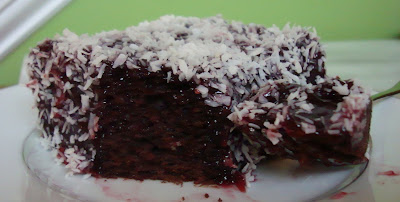 WOW! Way to embrace the Lamington:) They all look delicious and you're very creative in your combinations:):) I am sure these would go down well at any Lamington Drive:> Good luck in the competition:D
January 23, 2010 8:41 PM

at 6:51 AM
Email ThisBlogThis!Share to TwitterShare to FacebookShare to Pinterest