“If you want to make an apple pie from scratch, you must first create the universe.”
Dr. Carl Sagan quotes (American Astronomer, Writer and Scientist, 1934-1996) 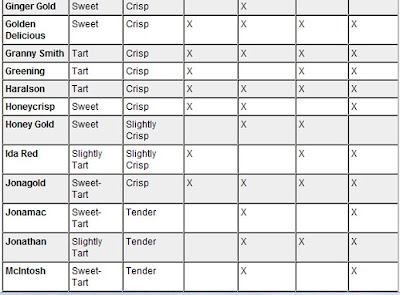 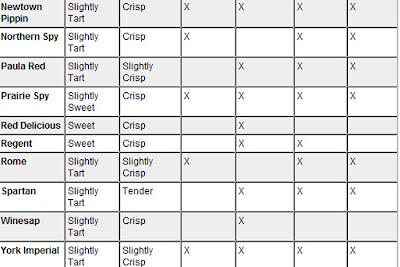 The simplest pastry, but one of the hardest to perfect........

Make the dough:
Place the food processor bowl back on the motor with the blade, as directed by the manufacturer. Combine flour, salt, vanilla powder, sugar and vanilla bean seeds in the food processor; pulse to mix. Add butter cubes and pulse 10 times, or until the mixture begins to resemble coarse meal with pea-sized pieces.

Remove dough from the food processor and transfer to a work surface. Divide the dough into two equal parts and gently shape into two flat round discs. Wrap in plastic wrap and refrigerate for at least one hour.

Prepare the apples:
Preheat the broiler. Add apples, vanilla bean seeds, cinnamon and 2 tablespoons of the sugar (I used maple sugar here) to a roasting pan; toss apples to coat. Broil until the tops of the apples begin to brown. Apples can burn easily under the broiler, so don’t walk too far away. Toss apples as soon as you notice browning. Once apples are caramelized but not cooked through (I would say 6-8 minutes total), remove from heat and add the remaining sugar, the flour, vanilla extract (oops--this must be an accidental omission in the recipe, but I added one teaspoon) and salt. Add the apple cider (I used 2 T of frozen apple juice concentrate instead) and cream, stir to incorporate. Taste for seasoning – add additional salt, sugar, vanilla or cinnamon to taste. (At this point, I put the filling in the fridge to chill while I got on with rolling the crusts. You don't want to put hot filling into a cold crust. That defeats your purpose of keeping the pastry very cold.)

Finish the pie:
Place a 9” pie plate into the freezer. Remove one dough disc from the refrigerator and let sit at room temperature for 5 – 10 minutes, or just long enough for it to become easy to roll, but still chilled. Lightly flour your work surface and roll out to a 12” circle. Place in the bottom of the chilled 9” pie plate. Return to the refrigerator to chill.

Remove second dough disc and roll out to a 12” circle on a lightly floured surface. Remove after bottom crust and filling from the fridge and add apples to bottom crust. Place top crust over the apples and pinch the top and bottom dough edges together to enclose the apples. Add decorative edge if desired, and slice 1” air vents around the top of the pie.

Make the egg wash:
Beat the egg in a small dish and mix in cream. Lightly brush the egg wash over the top of the pie and along the edges. Sprinkle with coarse sugar, if desired.

Bake:
Bake at 400 degrees Fahrenheit for 30 minutes. Cover edges with aluminum foil if browning too quickly. Turn the pie in the oven, and continue to cook for another 15 minutes. Continue to cook for 7 minutes, as needed, until the crust is golden brown and flaky. (I covered the edges with a pie shield after a half hour, then covered the top with a sheet of tin foil after 45 minutes, but continued baking for an hour until the bottom of the pie was golden brown.)

Cool:
Remove from oven and allow to cool for at least two hours before cutting and serve

at 5:14 PM
Email ThisBlogThis!Share to TwitterShare to FacebookShare to Pinterest